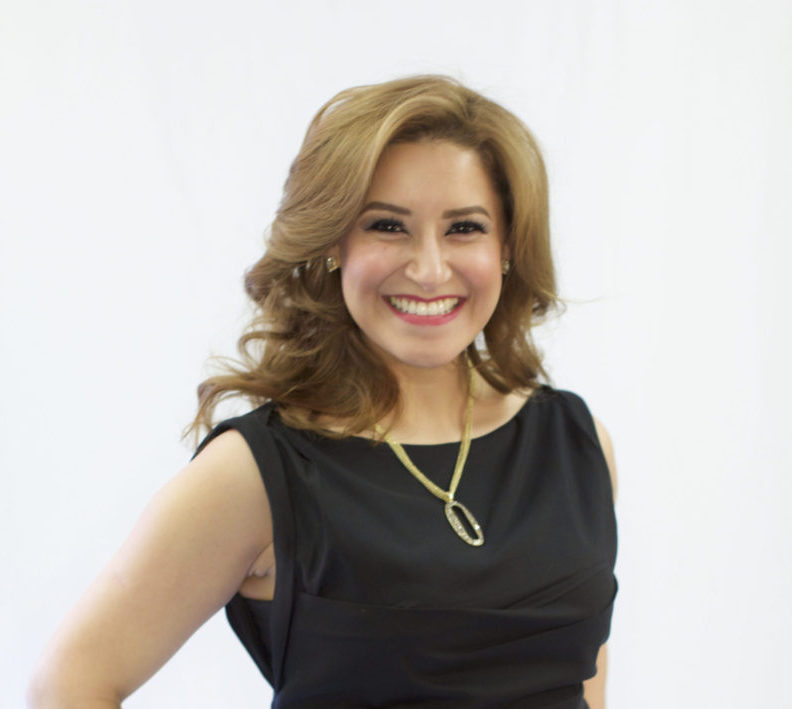 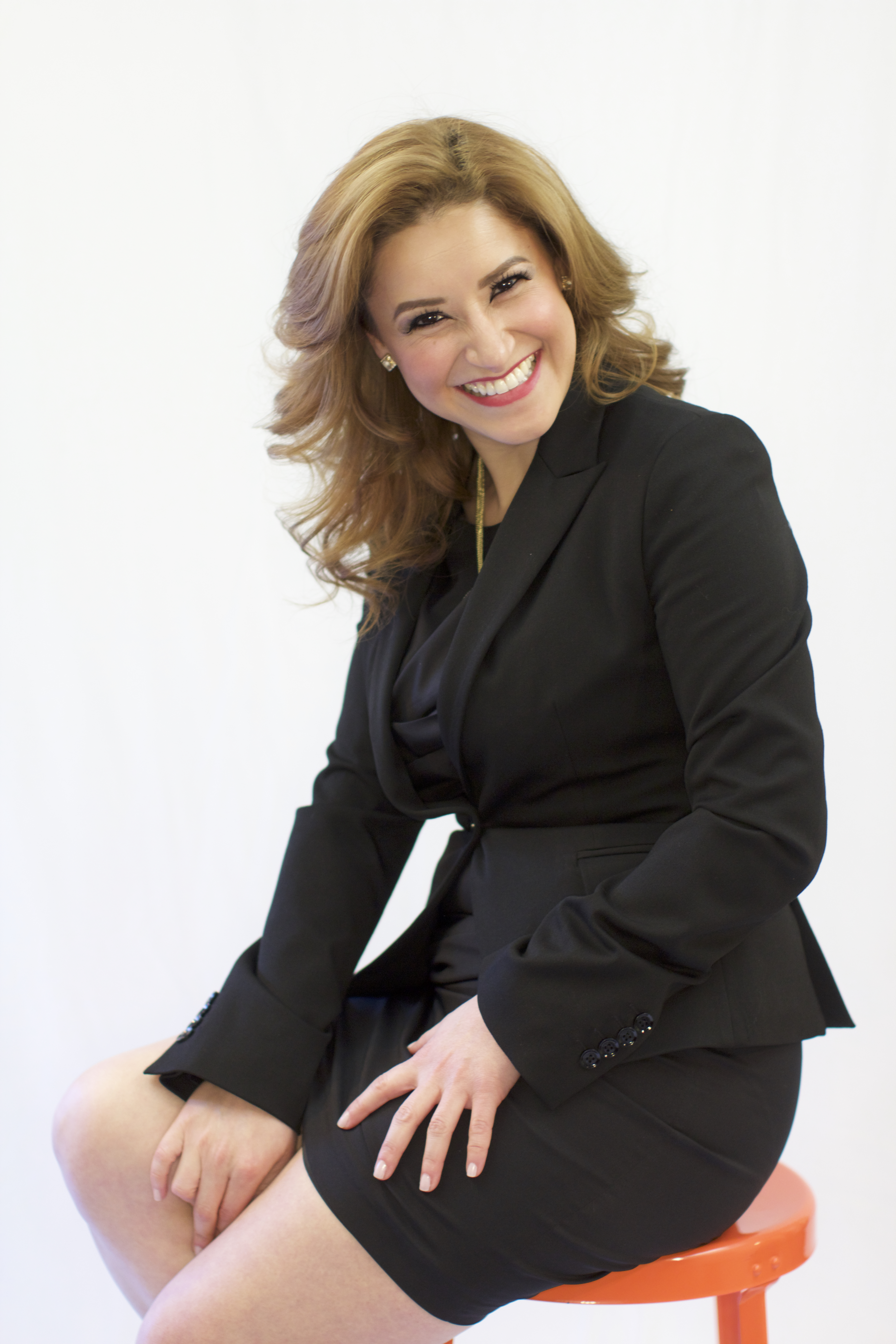 Nenci Rodriguez is the co-host of Telemundo’s Un Nuevo Amanecer (A New Morning). In her 30-minute segment, Elevando A La Comunidad Hispana (Elevating the Hispanic Community), Nenci leverages her expertise in real-estate to help first-time homebuyers.

Standing in front of a mirror in her small bedroom, hairbrush clung in hand, 11-year old Nenci, flawlessly rehearses the lines of what she hears on the radio. She reels in the attention of her large imaginary audience with a natural ease, reading lines off her little pieces of cut-up paper. Every now and then, her mind drifts away from her parent’s strict rules and the scorching day-time temperatures of Texas, returning back to reality only when her name is called.

“I grew up in a small town— I didn’t have a lot of encouragement. Being a radio or TV personality seemed out of this world, something I could never reach. When I first came to the U.S. in the fourth grade, I remember thinking it would be so hard for me to be on camera.”

In spite of everything, Nenci continued her daily summer ritual, practicing with her plastic ‘microphone’ even late into her teenage years. The prevailing negative comments and behaviors of those around her, held no affect on her dream.

After graduating from high school, Nenci was determined to start a new life somewhere else. She settled in Chicago. Nevertheless, thoughts of her childhood dreams followed in her new home. She had conquered so much already, having migrated to the U.S. from Mexico at such at a young age. Could she afford another challenge? Nenci began to doubt herself. “All I could think of was, how do I even start? I didn’t know where to begin so I went for business career instead, taking evening classes here. I became a real-estate agent.”

When I first came to the U.S. in the fourth grade, I remember thinking it would be so hard for me to be on camera.

Over time, Nenci heard about a program called, “Radio Arte” offered by The National Museum of Mexican Arts in the Pilsen neighborhood of Chicago. She enrolled and spent most of her weekends learning radio, editing and production. “Eventually, I got so good at it that I got the courage to apply to become a weekend free-lance board operator for UNIVISION’s AM radio station.”

In 2003, with multiple radio training certificates in hand, Nenci decided to pursue her next big climb, a radio talk show. She approached a director, shared her credentials and her long-time passion. “He asked me to write a proposal and I did. I was so surprised to learn that I got a Catholic radio weekend program called, Entre Amigas (Between Friends), where I interviewed subject matter experts on health topics like self-esteem, depression and everyday conversations.”

Three years later and all while maintaining her full-time real-estate job, Nenci accepted her next big part-time opportunity, covering ‘good news’ announcements for Entre Nosotras (Between Us Women), an online radio guest program.

“To me it was a big responsibility regardless that it was online. It only took me two minutes to say my lines, but it took me hours to source. From the U.S. all the way to South America, I was disappointed to find out how much negative news exists. It was very challenging to come up with 5-6 examples that were relevant and positive.”

It only took me two minutes to say my lines, but it took me hours to source. 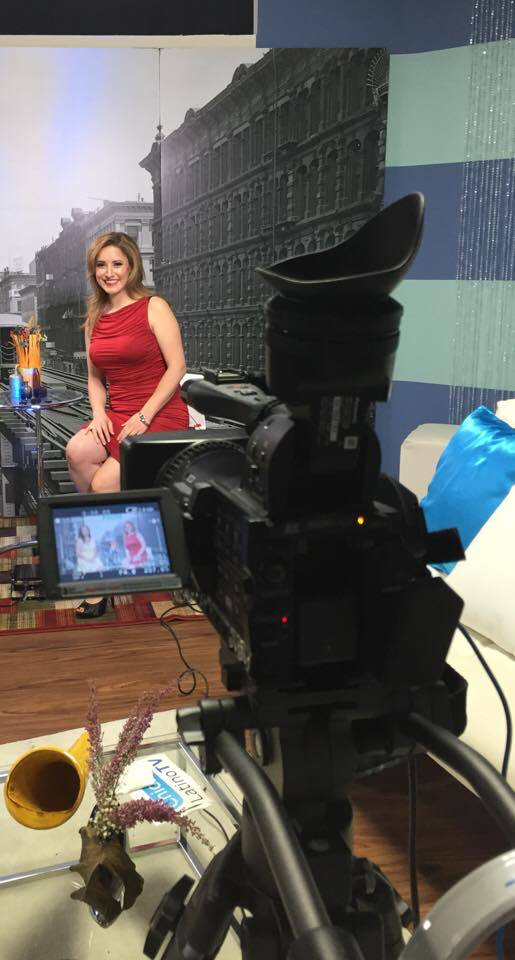 Nenci prepares to go live on set during her segment, “Elevando a La Comunidad Hispana (Elevating the Hispanic Community).

Since then, Nenci has found her niche telling good news by educating the community.  She leverages heart-warming and positive stories with a 30-minute segment called Elevando a La Comunidad Hispana (Elevating The Hispanic Community) on Telemundo’s Un Nuevo Amanecer (A New Morning) where she provides financial informational for first-time homebuyers and up to 11,000 viewers.

“I’ve been doing real estate for 15 years, so I thought to myself, ‘Why don’t I use what I know to educate my audience in real estate?’ There is a lack of education and I want to be that person that educates first time home-buyers about how to do it.”

Nenci has learned to embrace every challenge in her life in order to become a TV personality in Chicago. When Nenci sees a camera lens, it always takes her back to see that  confident 11 year-old girl holding a microphone and in that moment she borrows that confidence and courage and performs with energy and charisma that draws her audience in.

Nenci continues to gain great momentum as she reaches her goals. “There’s always that personal commitment with myself to give it my best.” As a testament to continually invest in herself, Nenci enrolled in The Latina Mastery Institute’s Leadership & Philanthropy Program. “I continually learn and gain new skills  in the area of communication and I want to show others how important it is to develop their professionalism and have a personal commitment to develop oneself.”

My goal is to continue to use my assets — My personality, my charisma, my knowledge and who I am at my essence. I aspire to have my own show one day.

If you are a serious Latina professional who is ready to do whatever it takes like Nenci to reach your personal and professional goals, we invite you to learn more about the Leadership & Philanthropy Program. Click HERE to contact Luz Canino-Baker, Founder of The Latina Mastery Institute or submit an application (Located on the upper right side of this page).