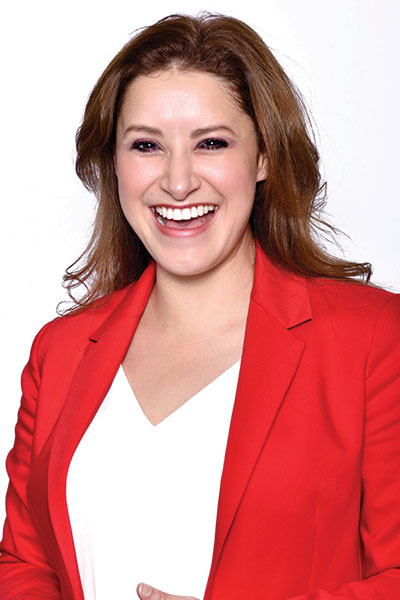 Creating lifelong business relationships is a part of everything Nenci Rodriguez does. As a Senior Mortgage Banker, Nenci has proudly worked with four of the largest real-estate agencies in the Chicago area. She leverages 15 years in the sales and mortgage industry to conduct informational workshops regarding home ownership for first-time buyers. As a result of her avid community involvement, Nenci has had the privilege of assisting thousands of individuals and families in buying their first home.

In addition to her mortgage career, Nenci has actively informed the public through television regarding critical information for those considering to become first-time home owners. As a co-host of Telemundo’s Un Nuevo Amancer (A New Morning), Nenci discusses the most commonly asked questions first-time home-buyers have in her segment called, Elevando La Comunidad Hispana (Elevating The Hispanic Community), reaching over 11,000 viewers. Previously, Nenci was an online radio host for “Entre Nosotras” (Between Us Women), a program in Chicago committed to empowering Latinas. During her segment, she informed listeners of upcoming events relevant to the community and Hispanic families, covering topics A-Z.

Nenci aspires to combine her two passions and one day have a full-hour TV show of her own to reach younger generations of Latino professionals. Her heartfelt commitment to give back to the community extends in every facet of her life. As an active member in her parish, Nenci regularly volunteers to develop fundraisers for The St. Joseph’s Youth Movement. She holds a certificate in Pastoral Leadership through The Archdiocese of Chicago and teaches religious education to third graders. In addition, Nenci leverages training she received from a certification in neurolinguistic programming in Emotional Intelligence from Soy Familia (We are Family), an organization that promotes human development for the Latino community.

Nenci holds a Bachelor of Arts in Business Administration with a Marketing concentration from American Intercontinental University. Her passion in radio has lead to receiving two broadcast certifications from Radio Arte and Innovación Vida (Innovation Life).