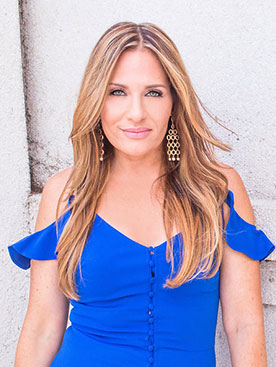 Today’s Inspired Latina Woman of the Year is A Teacher, Actress, Playwright, Co-Author, Entrepreneur and President of the Autism Hero Project, a not-for-profit organization after her own heart.

Tamika is this year’s Today’s Inspired Latina Woman of the Year!!! She is also the former owner of a Liberty Tax Service. Tamika had the tenacity to purchase a tax franchise and in one month found a location, built it out, hired and trained employees without ever having prepared a single tax return in her life and she did all this while she had a full-time job as a school teacher! In 7 years she grew her client base exponentially before selling it. She continues to manage that same office on a part-time basis every tax season.

Tamika also serves her community primarily as a second-grade Dual Language teacher. Nothing is more gratifying to her than teaching her students to be bilingual, biliterate and bicultural and infusing them with a passion for learning.

She is also an actress who has been fortunate to play several leading roles by inspiring Latinx playwrights. As an actress, Tamika gets to serve humanity by raising cultural awareness, invoking thought, and raising consciousness in the hearts and minds of audiences. Her acting career became the catalyst for sharing her life stories as a playwright and co-author for the book series, Today’s Inspired Latina Volume III: Life Stories of Success in the Face of Adversity published in May 2017. She is currently workshopping her first play, The Nuyorican, about breaking the vicious cycle of a broken childhood, and is writing her next play, For the Love of Autism.

Tamika also serves the autism community as president and director of the board for The Autism Hero Project (AHP), a not-for-profit organization that is dedicated to raising awareness and compassion for families and children impacted with Autism. AHP also provides grants for medical insurance for children on the spectrum.

Tamika is also a proud company member of Halcyon Theatre and UrbanTheater Company and former Vice-president of the Puerto Rican Heritage Organization and dance choreographer of their Education Scholarship Pageant.